Ketamine is an anaesthetic drug, first used on American soldiers in the Vietnam war, and part of the World Health Organisations’ list of essential medicines. Its effects include sedation, euphoria, dissociation and psychedelic introspection, leading to its popularity as a recreational substance. Now, many psychiatrists are touting it as a miracle drug for the treatment of depression. 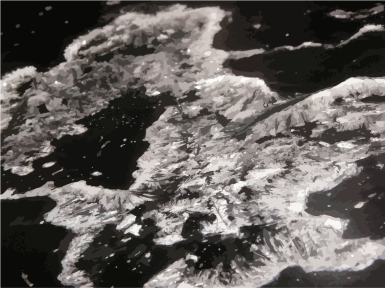 Over the past year, you may have seen some of the many articles suggesting that this psychedelic compound could provide relief for sufferers of depression. This surge in public interest derives from several studies over the past few years that show remarkable improvements in depression scores of patients who are given moderate doses of ketamine.

Previously, we wrote about the potential of classic psychedelics, like LSD and psilocybin, to treat people with severe depression. Research on these compounds suggests that they give the brain a break from concrete, obsessive thought-patterns, allowing patients to break free from harmful modes of thinking and to see life from a new perspective. However, ketamine has not been studied to the same extent as LSD and psilocybin, and we don’t know whether it has a similar effect on the brain. In fact, ketamine’s main action in the brain is to block NMDA receptors, which is quite different from the 5-HT receptor activation caused by classic psychedelics.

Regardless of what’s happening in the brain, it seems like ketamine may be really helping people with depression. Some of the most recent studies, recruiting dozens of patients suffering from severe depression, found that injections of the drugs lifted patients’ depressive symptoms over the short-term. Some of these studies are summarised in the table below:

Table from Rasmussen (2016) summarising some recent studies on ketamine

Although these numbers are encouraging, there are several major weak points of these studies. Most of them use saline as a control, which is not ideal, as patients will no doubt immediately know whether they have been given the control or ketamine dose. Only one study used an active placebo (midazolam), which would make it harder for patients to know if they’ve been given ketamine. Another big problem with these studies is that they are very short term, only covering a few days after being given the drug. We may need to further study how ketamine affects depression in the long-term; and although there have been longer-term studies, they all encounter other pitfalls.

While the evidence is not yet convincing, ketamine deserves further study. It will be important to try and link ketamine’s antidepressant properties to its actions in the brain. We already know that ketamine is activating different receptors than classic psychedelics, so could it be treating depression in a different way? Could ketamine be inhibiting the activity of the Default Mode Network, the generator of concrete thought patterns, in a similar way to the classic psychedelics?

Ketamine can induce an intense psychedelic experience, possibly linked to its antidepressant effects

Recent evidence suggests that this could be a possibility. Although ketamine mainly works through NMDA receptors, it also seems to have some activity in the serotinergic system: this is the neurotransmitter system in the brain that is most affected by the classic psychedelics. It’s possible that ketamine’s antidepressant properties could be due to this recently discovered similarity to LSD and psilocybin.

Overall, it seems unlikely that ketamine will be a miracle treatment for depression. For the moment, it might be a potential last resort for people who can’t find relief from typical antidepressants. But its actions on the serotinergic system, and perhaps its ability to help people break out of normal patterns of thinking and enter a psychedelic perspective, could help point us in the right direction in finding a universal treatment for depression.

Rasmussen (2016) Has psychiatry tamed the “ketamine tiger?” Considerations on its use for depression and anxiety. Prog. Neuro-Psychopharm. & Biol. Psychiatry 64:218-224.

One thought on “Ketamine for depression – miracle drug?”