Earlier this year, researchers at Imperial showed us the first ever detailed images of the brain on LSD. The images showed that LSD massively increased connectivity in the brain, freeing it from its usual boundaries. Now researchers are starting to piece together how LSD breaks down these boundaries of normal consciousness, leading us to an understanding of the workings of the mind.

In a recent study from the same UCL group, funded by the psychedelic research charity the Beckley Foundation, researchers looked into how LSD affects our ability to recognise simple objects. The researchers recruited ten participants for their study, almost all of whom were experienced with psychedelic drugs. The subjects attended two experimental sessions: one where they were injected with LSD (40-80μg), and one where they were injected with a placebo. During both placebo and LSD sessions, participants took an object recognition test. They were shown images of simple objects like pieces of clothing or vehicles. As soon as an image appeared, the participants had to name the object as quickly and accurately as they could.

The researchers found that when the subjects were given LSD, they were more likely to make mistakes and name the objects incorrectly; such as saying “foot” when the image was showing a shoe. They were especially more likely to make these mistakes when the images were all from the same category, like body-parts. This showed that LSD was increasing associative thinking in the subjects; highly related images started to become more difficult to distinguish. 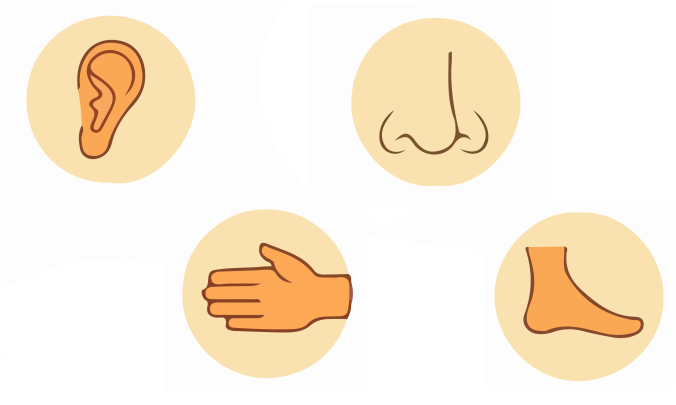 After taking LSD, it’s harder to tell apart objects from the same category, like body-parts

This study suggests that LSD puts our brains in a state similar to that found in dreaming, where thoughts become less logical and more associative. Experienced users of LSD may already be well aware of this; typical reports include mentions of enhanced associations and connections, and often dream-like features.

The increase in connectivity produced in the brain by LSD is amazingly complex, and results in profound changes in cognition. This recent study has shown that part of this connectivity must affect how we process images and language. Hopefully this study is only one of many that will attempt to decode the effects of LSD on all aspects of consciousness.

3 thoughts on “LSD and associative thinking”