We’ve already seen the potential of psychedelics to help people with alcohol addiction; and next to alcohol, tobacco is the one of the most addictive and harmful drugs in the UK. Recent evidence suggests that psilocybin, a naturally occurring hallucinogen found in some species of mushrooms, could be used to help treat smoking addiction – and it could even be an improvement on current treatments.

In 2014, a group in Baltimore began a pilot study using psilocybin-assisted therapy to help people quit smoking, funded in part by the pioneering Beckley Foundation. They recruited 15 smokers, who on average had been smoking for thirty years and attempted to quit several times. The smokers went on a 15-week course of psychotherapy, during which they were given three doses of psilocybin. Six months after the study, 80% of the participants were abstinent from smoking – as indicated by physiological tests and questionnaires.

The same group then released a follow-up study: 12 months after the treatment, 67% of participants were abstinent. At 16 months, 60% still weren’t smoking. These results are much more impressive than those from typical smoking cessation treatments, that show around 30% abstinence after 12 months. 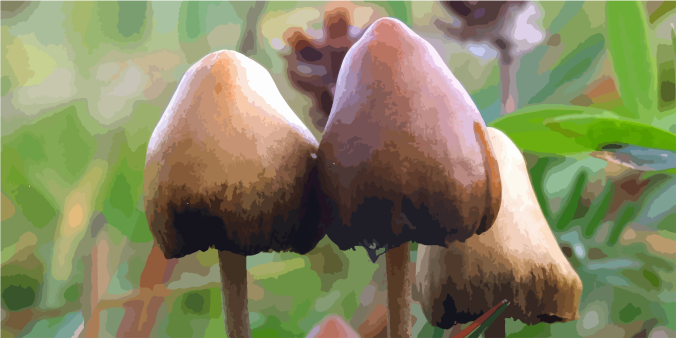 Unfortunately, like many open-label trials, there are flaws in this study. The group of participants was small, which could affect the results. There were no controls, so we have no idea how well the participants would have done on a long course of psychotherapy alone (although other studies using a similar length of therapy showed lower abstinence rates than this psilocybin study). Additionally, the physiological measures of smoking cessation only cover six days prior to the test; so it’s possible that at the long-term follow-ups, participants had been smoking since the initial treatment (however, these are standard measures in most smoking cessation studies).

A final note about psilocybin: most treatments for smoking addiction approach it like a disease of brain, with receptors that need to be targeted. But the beneficial properties of psilocybin could stem from something closer to behavioural therapy. Almost all of the participants in this psilocybin study said their experience was one of the five most meaningful experiences of their lives: and that doesn’t sound much like a typical medication. Previous studies have shown that psilocybin can help people break free of robotic thinking, and help them become more open (a personality trait that usually remains stable during adulthood). It’s possible that psilocybin, used as a therapeutic tool rather than a drug attacking a disease, could help us in many areas of psychiatry.

Maybe one day, it could also help us in our daily lives.

2 thoughts on “Quitting smoking with psilocybin”